Gateway Economic Development Corporation of Greater Cleveland is a 501 (c) (3) non-profit Ohio corporation legally separate from any other entity. The Board is appointed by elected officials of The City of Cleveland and Cuyahoga County, Ohio. Gateway owns both Progressive Field & Rocket Mortgage Field-house and leases these facilities to the Cleveland Guardians and Cleveland Cavaliers, respectively. 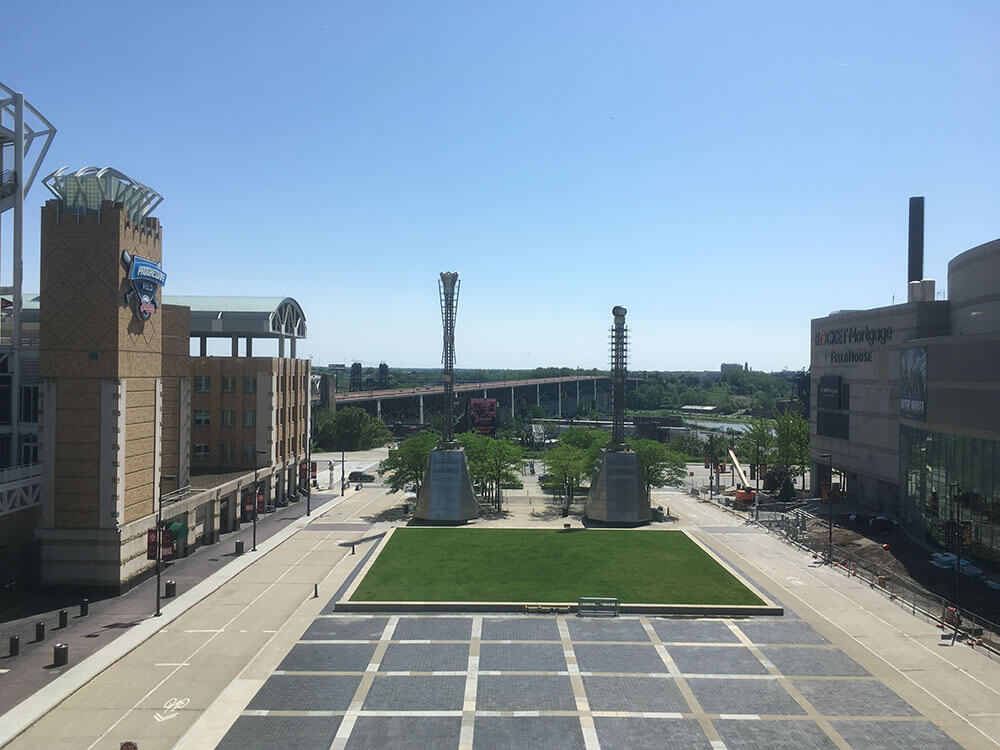 Progressive Field is a baseball park located in the downtown area of Cleveland, Ohio. It is the home field of the Cleveland Guardians (MLB) and, together with Rocket Mortgage FieldHouse, is part of the Gateway Sports and Entertainment Complex. It was ranked as Major League Baseball’s best ballpark in a 2008 Sports Illustrated fan opinion poll.
The ballpark opened as Jacobs Field in 1994 to replace Cleveland Stadium, which the team had shared with the Cleveland Browns of the National Football League. Since 2008, the facility has been named for Progressive Corporation, based in the Cleveland suburb of Mayfield, which purchased naming rights. The previous name came from team owners Richard and David Jacobs, who had acquired naming rights when the facility opened. The ballpark is still often referred to as “The Jake” based on its original name. When it opened, the listed seating capacity was 42,865 people and between 1995 and 2001 the team sold out 455 consecutive regular-season games.
Modifications over the years resulted in several moderate changes to the capacity, peaking at 45,569 in 2010. After the 2014 and 2015 seasons, the facility was renovated in two phases, which upgraded and reconfigured several areas of the park and reduced seating capacity. As of 2021, the official seating capacity is listed at 35,041 people, though additional fans can be accommodated through standing room areas and temporary seating.
Since moving to Progressive Field, the Guardians have won 10 Central Division titles and have hosted playoff games in 12 seasons, the most recent being in 2020. In the 1997 season, it became one of the few facilities in baseball history to host the Major League Baseball All-Star Game and games of the World Series in the same season. The Guardians have hosted games of the American League Championship Series in five seasons and have advanced to the World Series three times at the park.

Rocket Mortgage FieldHouse is a multi-purpose arena in downtown Cleveland, Ohio. The building is the home of the Cleveland Cavaliers (NBA) and the Cleveland Monsters (AHL).
The Fieldhouse opened in October of 1994 as part of the Gateway Sports and Entertainment Complex with adjacent Progressive Field, which opened in April of that year. The facility replaced the Richfield Coliseum as the primary entertainment facility for the region and the home of the Cavaliers, and supplanted the Wolstein Center at Cleveland State University, which opened in 1990, as the primary concert and athletic venue in downtown Cleveland. From its opening in October 1994 until August 2005, it was known as Gund Arena, named for former Cavaliers owner Gordon Gund.
After purchasing a majority of the Cavaliers in March 2005, Dan Gilbert bought the naming rights in August 2005 and renamed the building Quicken Loans Arena after his mortgage lending company Quicken Loans. It was renamed in April 2019 for Quicken Loans’ online mortgage lending service, Rocket Mortgage, as part of the facility’s renovation and expansion.
Rocket Mortgage FieldHouse seats 19,432 people in its basketball configuration and up to 18,926 for ice hockey. It is a frequent site for concerts and other athletic events such as the men’s and women’s basketball tournaments of the Mid-American Conference (MAC), hosting the men’s tournament since 2000 and the women’s tournament since 2001. It has also been the host venue for the 2007 NCAA Women’s Division I Basketball Final Four, opening and regional semi-final games in the NCAA Division I Men’s Basketball Tournament, the U.S. Figure Skating Championships in 2000 and 2009, and the 2016 Republican National Convention. 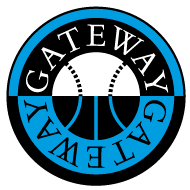 The Gateway Sports Complex is a year round customer service complex dedicated to providing and maintaining a safe, clean and friendly atmosphere to our tenant, guests, fans, employees, workers and visitors. Our staff is committed to delivering unparalleled customer service in an efficient, courteous, and professional manner.

The Gateway Sports Complex is a year round customer service complex dedicated to providing and maintaining a safe, clean and friendly atmosphere to our tenant, guests, fans, employees, workers and visitors. Our staff is committed to delivering unparalleled customer service in an efficient, courteous, and professional manner.